Visit Pisac Cusco: learn about the history of Pisac and how to get to the archaeological park

The cultural and architectural wealth of the Sacred Valley of the Incas is one of the tourist places that you have to visit in Peru.

Pisac is located on the outskirts of Cusco, Pisac is an archaeological park full of cultural traditions and crafts that its inhabitants undoubtedly transmit.

Pisac is undoubtedly one of the tourist attractions that the imperial city of Cusco has for you and you have to be on your list of places to visit in Peru.

The traditional town of Pisac is located in the district of Pisac, province of Calca, department of Cusco, just 32 km northeast of the city of Cusco and at an altitude of 2,950 meters above sea level in the so-called Sacred Valley of the Incas.

History of the Pisac Archaeological Site

The Pisac Archaeological Park, is located on the top of the Apu Inti Huatana hill, is located in the city of the same name, 30 km from the city of Cusco in the province of Calca. Today Visit Pisac is known as an astronomical observatory. 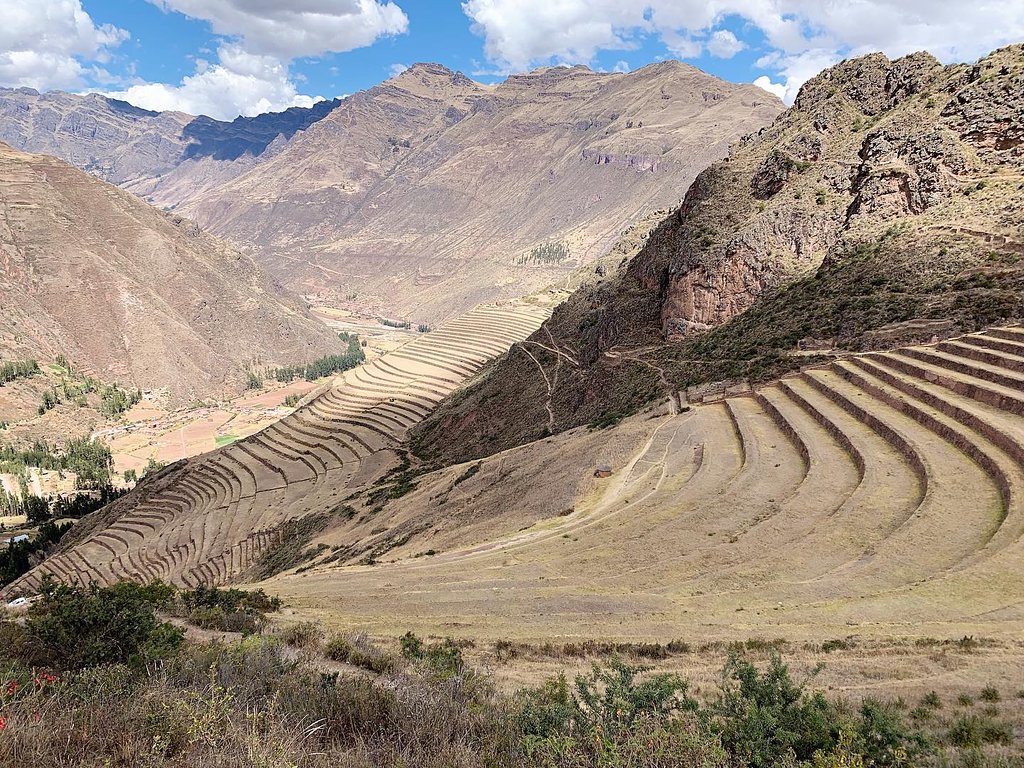 The imposing ruins of Pisac. – They make it one of the most important Inca jewels inherited from the Inca Pachacutec.

According to historians, Pisac was attacked by the Spanish in the 16th century, causing the local inhabitants to flee. This invasion damaged the main monuments of this archaeological site, while the Inca cemetery was destroyed and looted.

Along with Cusco and Piquillacta, it is known that it was planned with the aim of protecting the city from possible attacks by its enemies.

The data: What does “Pisac” mean? This word comes from the Quechua word Pisaq or p’isaqaq, which means partridge or bird, the shape similar to the area for which it is very characteristic.

In addition, this term has a special meaning because it is related to spirituality, to the mystical, to the spiritual values that man develops.

How to get to the Archaeological site?

The town of Pisac is located approximately 1 hour from the city of Cusco, so you can choose to do one of the following ways to get there:

Around the Plaza de Armas of Cusco there are several tourism agencies that offer this classic city tour, which with private mobility make a full day tour of the Sacred Valley of the Incas to its main attractions: Pisac, Ollantaytambo and Chinchero.

The order in which the places are visited is as follows: first Pisac (ruins, city and market), then Ollantaytambo (ruins and city) and finally Chinchero.

Since everything is already organized, just follow the guide’s instructions. At the end of the tour, you will be transferred to the starting point.

Way 2: visit Pisac on your own

To visit the Pisac market and ruins on your own, you will need to take a taxi or public transportation from the city center near the Plaza de Armas that will take you to Pisac (being the furthest ruin), and walk back to Pisac. all other ruins on foot. To get to the city of Pisac from the city center, you have several options:

What can I see in Pisac?

– The Inti Huatana. – The Intihuatana is considered the Temple of the Sun of Pisac because in the time of the Incas it served as an astronomical observatory. The refinement of its carved rock walls is in perfect harmony with the birth of the sun, at the June solstice (winter arrival).

The Quechua word Intihuatana, translated into Spanish means “Sun Clock” and is located on the top of the mountain.

This construction fulfilled the function of the water channels, the same ones that continue to exist to this day.

The name of Pisac comes from the Quechua word Pisaq or p’isaqaq, which means partridge, the same shape as the area for which it is very characteristic, also this term has a special importance, because it refers to spirituality.

This Inca site is known for its ancient stories, which give it incalculable value, as these stories unfold in its picturesque streets. Hundreds of travelers arrive at Pisac every day, all attracted by its very colorful culture; where you can also find delicious food, luxurious hotels, and establishments where you can buy beautiful handicrafts