Manu national park 3 days, is one of the most Bio-diverse Regions of the Country and in the world.  Located in the Amazon it’s the main water source consists of the entire drainage basin of the Manu River.

During this Amazon Rainforest Tour Manu 3 Days, you will explore the cultural zone of the park. Declared a World Biosphere Reserve, Manu is an authentic natural ecological paradise that is home to great biological diversity, including endangered species.

Travel through the different ecosystems such as the Andean, high Andean, tropical and subtropical, living nature, and adventure from the inside in a unique experience that you will hardly forget.

Manu National Park Tours 3 days, is one of the most exciting and beautiful tours to explore sites rich in flora and fauna, also considered one of the largest and richest natural reserves of Peru in the world, which allows you to make intimate contact with nature in its most primitive and wild state.

Come and enjoy our Tour Manu 3 Days: during these three days, let yourself be trapped by the charm of the Peruvian jungle.

On this tour, we will be able to enjoy and observe the majesty of the cloud forest in the Peruvian Amazon. One of the lungs of the world welcomes you with its beautiful birds, mammals, reptiles, insects, and its great variety of orchids, ferns, and many other species.

On our 3 day Manu National Park Tour, we will visit the Cloud Forest, where we will appreciate the rainforest in a totally humid and cloudy state, we will also visit the small port of Atalaya, then we will visit the ecological reserve called Erika. And so we will go deeper into the jungle of the Manu Reserved Zone. 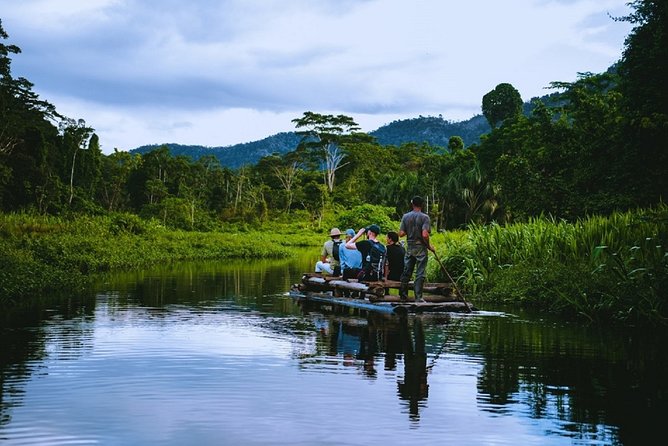 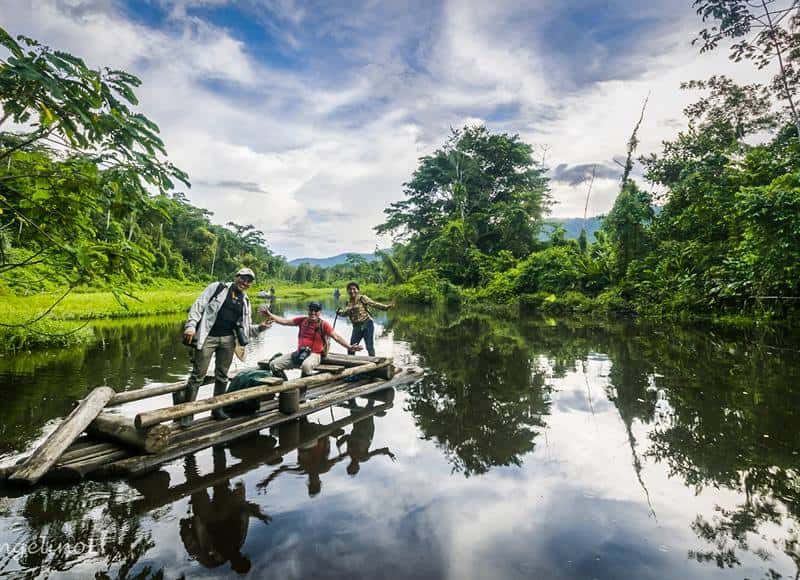 Then we will descend the east slopes of the highland through “Cloud Forest” which has lush vegetation (ferns, orchids, bromeliads, bamboo, etc.) We will enjoy spectacular views of the highland and you’ll observe the wildlife such as; “The red Cock of the Rocks” (our national bird – “Tunky in Quechua”), Dazzling colored Tanagers, Quetzals, Trogons Tucans, and Hummingbirds. If we’re fortunate, we will be able to see our first speckled bear (in Quechua“Ukuku”).

we will continue our drive to the Port of Atalaya (500 m). On the way, we will stop at an animal rescue shelter. Afterward, we will have a short hike to look for orchids, bromeliads, bamboo, monkeys, and birds.

From the Port of Atalaya, you’ll embark on a 40-minute journey to the lowland rainforest “Alto Madre de Dios River” where you’ll find all sorts of wild birds, including the Condor of the Jungle “King Vulture” (Sarcoramphus papa).

In the afternoon, we will explore the jungle to see insects, frogs, snakes, caiman (alligators), and butterflies (2 and half hours). Some accommodations at the lodge are shared.

Very early wake-up call and breakfast. We embark on the motorboat for about 30 minutes to the parrots’ lick, where we will see the green and yellow parrots, birds, and other smaller animals.

Afterward, we will return to “Machuhuasi Lake” to board another raft for a boat ride (1 and 30 hours). Here you’ll have the opportunity to view other wild species of bird-like hoatzin.

Finally, we will hike for one hour in the jungle. We stay the night at the lodge.

After breakfast, we board the motorboat back to Atalaya.

Our transportation will be waiting for our arrival. We will travel through the cloud forest where we can view more birds, insects, and butterflies along the roadside and stop periodically when we spot wild animals.

We reach Cusco around 6:00 p.m. You can also have the option to do the zip line & river rafting class for an additional $30.00 (for each activity).

There are magical places that are home to countless species of flora and fauna, among them the Manu National Park or also called the Amazon Jewel of Peru. The Amazon is the largest rainforest on the planet and involves different countries, here we will talk about the Peruvian side.

From the animals and plant species, you will see there to how much you can do, how to get there, and what to bring. But first, don’t forget to stay connected at all times, so you can share the pictures you took of the landscape on your social networks.

Highlights of the Manu 3 Days Tour

Live a magical adventure in Manu National Park with this 3 days and 2 nights tour. An unforgettable experience where you will be able to appreciate beautiful landscapes, a lot of vegetation, and animals of the area.

Live with nature and forget about everything. Ideal to get out of the traditional tours and live something more magical and unique. Includes lodging and meals.

Permits are needed for your chosen start date. Tour prices are based on the number of people in a group. Prices are valid from March 2022 through January 2023. All prices quoted are $USD

Important: Price includes up to 7 kilos of your personal belongings to be carried by the mules (NO need for extra Porter hire!).

Manu reserve consists of two zones: the Manu National Park 3 Days, which can only be entered by professional biologists with a special permit; and the Manu Reserved Zone, which can be entered by tourists, but only with an organized tour.

There are buffer zones around the park, often referred to as the Cultural Zone, although this is no official protection for this area. The Manu National Park covers 1,534,865 hectares, and the Manu Reserved Zone has another 270,000 hectares. Manu contains 12 different ecological zones ranging in altitude from 300m to 5,000m, meaning that it has an incredible variety of flora and fauna. wildlife

In 2000, almost 3,000 visitors entered the Manu reserved zone compared with 20,000 who visited the Puerto Maldonado spot. Although there are no official limits on the number of tourists, the expense of visiting Manu means that numbers are self-limiting.

Additionally, companies are strictly regulated and are only allowed to visit certain parts of the reserved zone, and even then only allowed in for three days at a time.

Tours to  Manu National Park 3 Days,  zone are expensive, ranging from about $500 for the cheapest, taking the bus in and out, to almost $2,000 when staying in one of the lodges. The reason for this is that the transport costs are expensive due to the distances involved…

However, it is sometimes possible to get discounts on official prices. If an agency has a tour leaving in a day or two and still has spaces, it may be willing to offer a discount to try and fill a place. It can be worth shopping around the see if this is the case.

Manu National Park, located in southeastern Peru (between the regions of Cusco and Madre de Dios) is one of the largest tropical parks in South America.

The park extends from the mountains to the jungle. It covers two million hectares (4.5 million acres), and the territory is rich in flora and fauna with a wide variety of habitats, including the high Andes, rainforest, and lowland tropical rainforest.

In 1977, Manu National Park was designated as a World Biological Reserve, home to otters, caimans, jaguars, approximately 13 species of primates, and close to 1,000 species of birds as well as 10% of the world’s vascular plant species, including several species of figs and palms, and countless species of medicinal plants, which are being cataloged by scientists.

A single hectare of Manu forest can have up to 220 species of trees, while a hectare of temperate forest in Europe or North America can be up to twenty species of trees at most. Manu National Park can be considered the most biologically diverse and protected park on the planet.

What to see in Manu National Park

Undoubtedly the diversity of flora and fauna takes over Manu National Park. From a wide variety of species to the greatest number of climates in the same place waiting to be discovered. But, what can you see in this park, it will be a trip full of biodiversity in which you will enjoy:

Among the fauna species, birds are the queens of the place, finding there more than a thousand different species. As for mammals, amphibians, and reptiles, the following stand out Marmosets (14 different species), spectacled bears, jaguars, otters, Andean foxes, and turtles. In avifauna, you can see toucans, Cock of the Rock (national bird of Peru), woodpeckers, ayaymama, quetzals, cotingas, and many more.

But best of all, Manu National Park is home to a large number of species at risk of extinction. Therefore, do not miss the opportunity to visit this biosphere reserve and UNESCO World Heritage Site.

In this area of Manu National Park, we can find settlements, villages, and in general a greater human presence. Although this area does not have the rich biodiversity of the reserved or intangible zones, it is a great way to save money and still experience the power of the jungle.

Here are some other options that will suit your needs 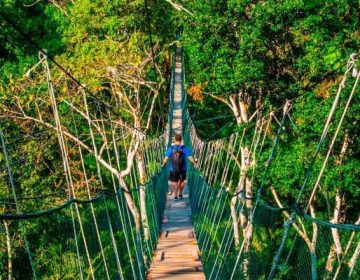 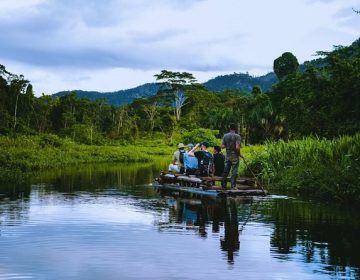 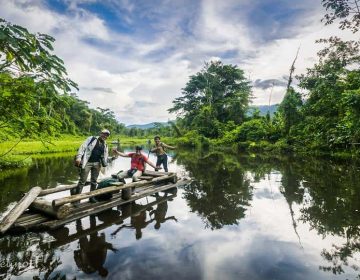 Hi! Click one our members below to chat on WhatsApp ;)

The team typically replies in a few minutes